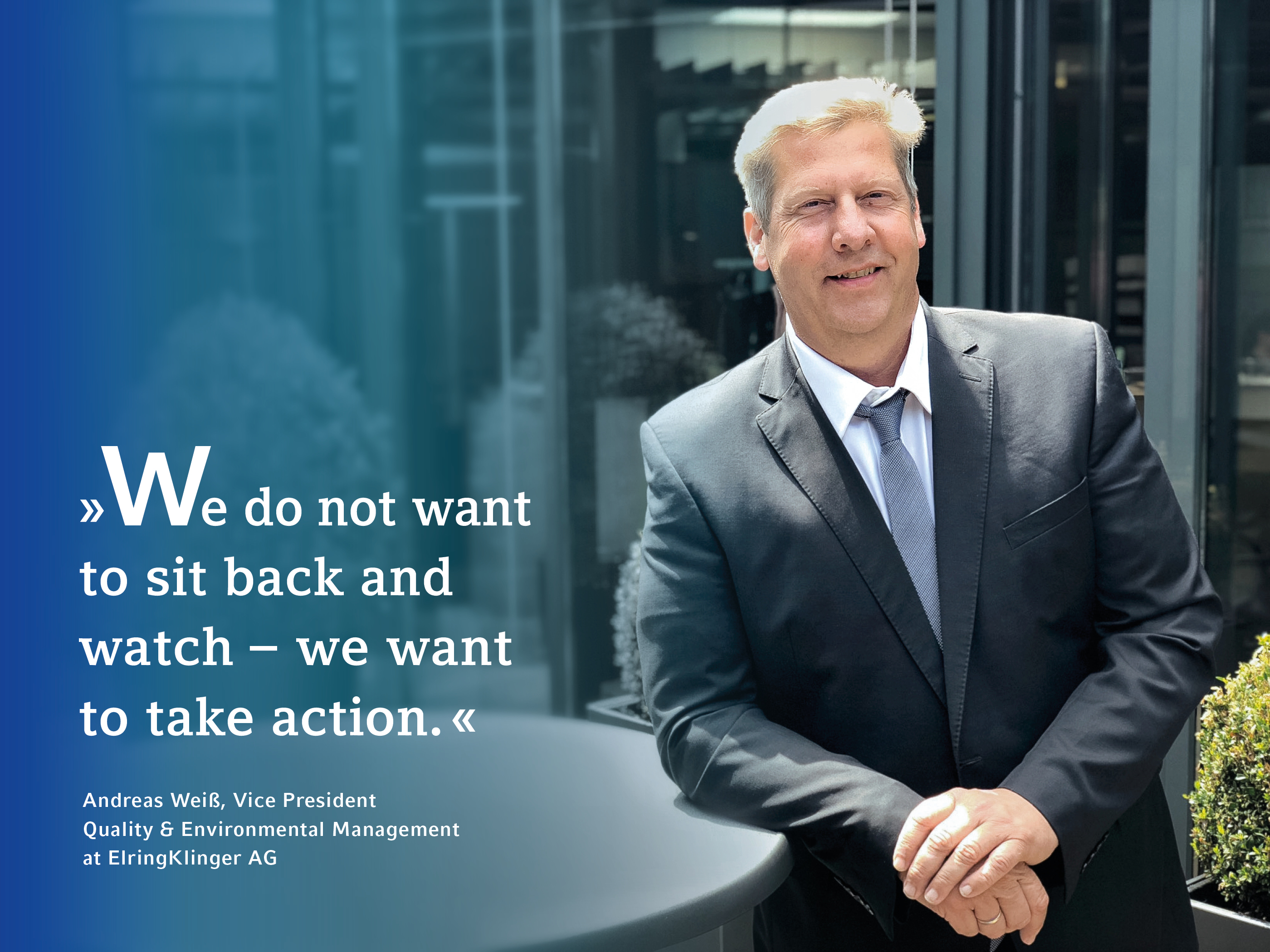 Read more about our strategy in our current interview

Focus on sparing use of resources – clear production targets

ElringKlinger applies its environmental and energy management policy in a targeted manner to reduce the environmental impact of its business activities both at its own sites and, increasingly, along the whole of its value chain. This comprises the certified environmental and energy management system that has been introduced across the Group as well as its ongoing measures to conserve resources. ElringKlinger has therefore set itself the goal of investing approximately one percent of total annual investments in initiatives aimed at cutting emissions. To this end, ElringKlinger will continue to improve its internal processes and invest in intelligent, modern production systems with sparing use of resources in order to reduce emissions from all production sites as much as possible while maintaining its high quality standards. When it comes to the construction of new facilities, renovations, and restoration work, moreover, ElringKlinger invariably takes environmental aspects and energy saving measures into consideration.

Since its Original Equipment and Aftermarket business has an impact on the environment at every stage of the product life cycle, ElringKlinger has introduced high environmental and quality standards worldwide. As a result, all production sites of the ElringKlinger Group are certified in accordance with automotive industry standards IATF 16949 or ISO 9001 (with the exception of Indonesia). In addition, all production sites apply an environmental management system as per ISO 14001.

Find out more environmental indicators of the ElringKlinger Group in the "Data & Facts" section. 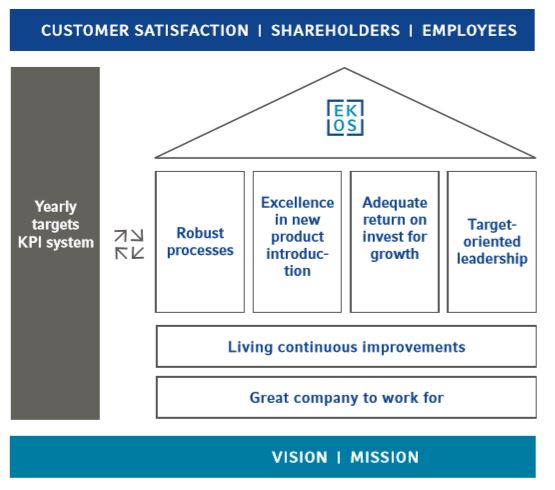 The project was launched in response to the rapid expansion of the ElringKlinger Group, which currently has 39 production sites in 21 countries. The factories vary widely in terms of size and production range, and their production processes are at very different stages of development; working methods and process flows also differ widely according to region.

EKOS records and evaluates operational processes with the aim of standardization and continual improvement; best practices are determined, simplified, and defined. Employees undergo specific training, and a computer-based process environment ensures absolute transparency. Overall, the project is bringing about high and consistent process quality across the Group, while improving internal collaboration.

A comprehensive system of project principles is establishing  a clear framework in the process, including a culture of open and respectful feedback, motivation through the acknowledgement of results, leadership by example, clear ownership of processes, the honoring of commitments, and a unified source of information.

An international and cross-functional project team will oversee implementation over a period of several years. Ultimately, though, everyone who works for the Group will be affected and is asked to play an active part. At first, the initiative will be implemented at four pilot plants on different continents, where the defined methods, tools, and processes will be tested and optimized. The second step will involve roll-out to the various regionally allocated satellite plants. 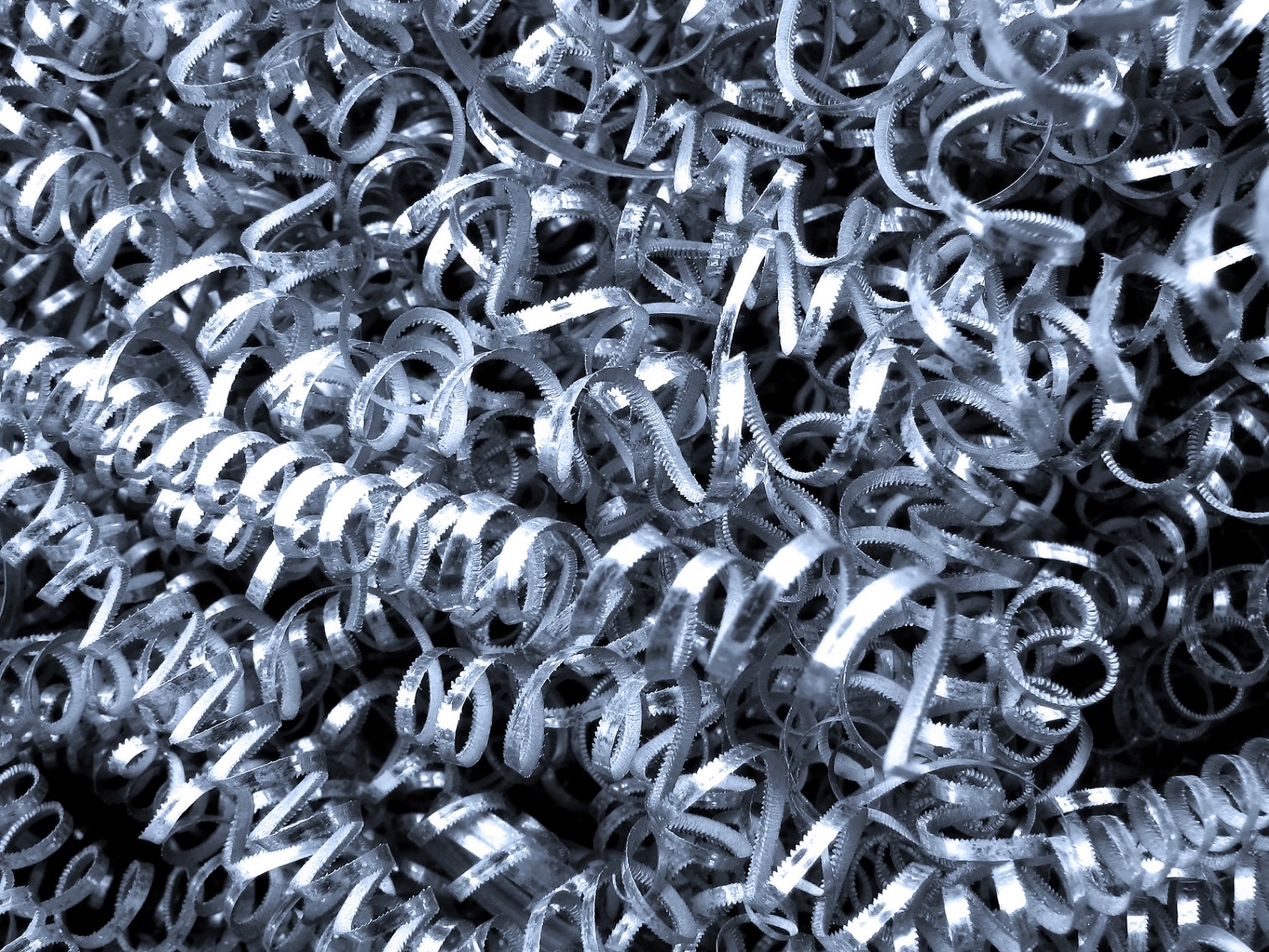 Waste management is an integral part of the overall environmental management system. All employees are encouraged to avoid waste to the greatest extent possible and, where this is unavoidable, separate waste materials neatly in order to reduce the overall volume of residual waste. ElringKlinger is also undertaking consistent efforts to minimize the waste volume through process optimization. In the near future, guidelines on the standardization of environmentally relevant processes will be drawn up; these will also define the basic requirements for waste management. There are also regular staff training sessions on the separation, collection, packaging, and labeling of waste.

The five-level waste hierarchy defined by the German Closed Cycle Management and Waste Act (Kreislaufwirtschaftsgesetz) plays an important role at ElringKlinger in Germany. Where possible, the Group seeks to utilize valuable resources as effectively as possible while maintaining a high recycling ratio. For this reason, most of the Group’s waste is passed to recycling enterprises for re-use.

Use of wind power in Redcar/England 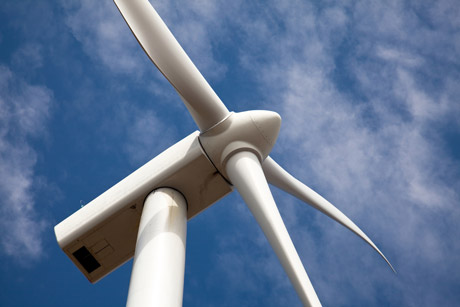 In September 2014, construction of a wind power system was completed at our UK ElringKlinger plant in Redcar. The coastal location of our plant provides the ideal conditions for generating power from wind turbines. The system has been operating since December 2014 and, at average wind speeds of 6.1m/sec, produces around 1,400 MWh of green power. This has led to a reduction in CO2 emissions of 600 tons per annum. In 2018, the wind turbine in Redcar, Great Britain, produced 1,460 MWh of electricity.

In 2020, ElringKlinger committed to reforestation in Mexiko. This helps to preserve ecosystems that provide habitats for wildlife and offer quality of life for nearby towns and their inhabitants. In total, 0.75 hectares of forest in Santiago Tianguistenco in the state of Mexico were reforested thanks to ElringKlinger's support. Together with the community brigade of San Nicolás Coatepec, 500 trees of the species Pinus Hartwegii were planted with biodiversity in mind.