Chairman of the Supervisory Board

Following his degree in Mathematics (Diplom-Mathematiker), Klaus Eberhardt embarked on a career at Standard Elektrik Lorenz AG in 1972. In 1985, he joined Messerschmitt Bölkow-Blohm GmbH (later DASA), where he held various management positions. As from 1992, he was employed at TEMIC Telefunken microelectronic GmbH, where he ultimately held the position of Managing Director. In 1997, he was appointed to the Management Board of Rheinmetall AG. From 2000 to 2012, he directed Rheinmetall AG in his capacity as CEO. 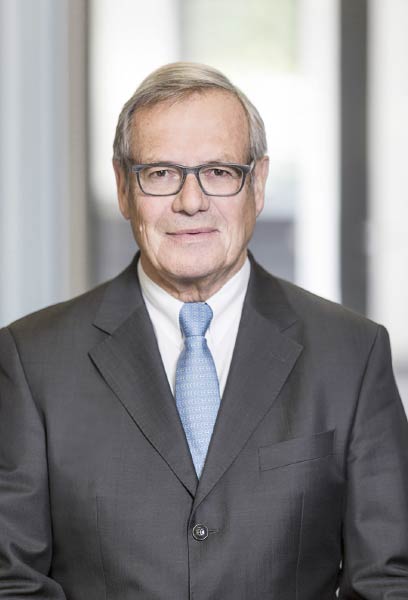