At ElringKlinger, innovation begins with the input material. For instance, by drawing on in-house R&D and using special compounds, polytetrafluoroethylene (PTFE) materials can be perfectly adapted to the needs of medical technology.

Anyone who has successfully wielded a frying pan in the kitchen will be familiar with Teflon®. But most people are unaware that behind the name is a material with a wide range of uses in far more complex areas than home cooking. In fact, polytetrafluoroethylene, or PTFE, the scienti­fic term for Teflon®, can be used continuously at temperatures ranging from -200 °C to +260 °C. Chemi­cally speaking, it is an unbranched, linear, and partially crystalline polymer consisting of fluorine and carbon. By closely surrounding the carbon chain, the fluorine atoms protect it from chemical attacks. The high electronegativity of fluorine ensures high che­m-ical binding energy of approx. 489 kJ/mol within the fluorine-carbon framework, making it extremely inert. In addition, as a result of its low surface tension, PTFE is highly resistant to wetting. It also has almost unlimited UV and weather resistance as well as excellent sliding and friction properties. This is another reason why it is considered physiologically harmless and eminently suitable as a food-contact material. 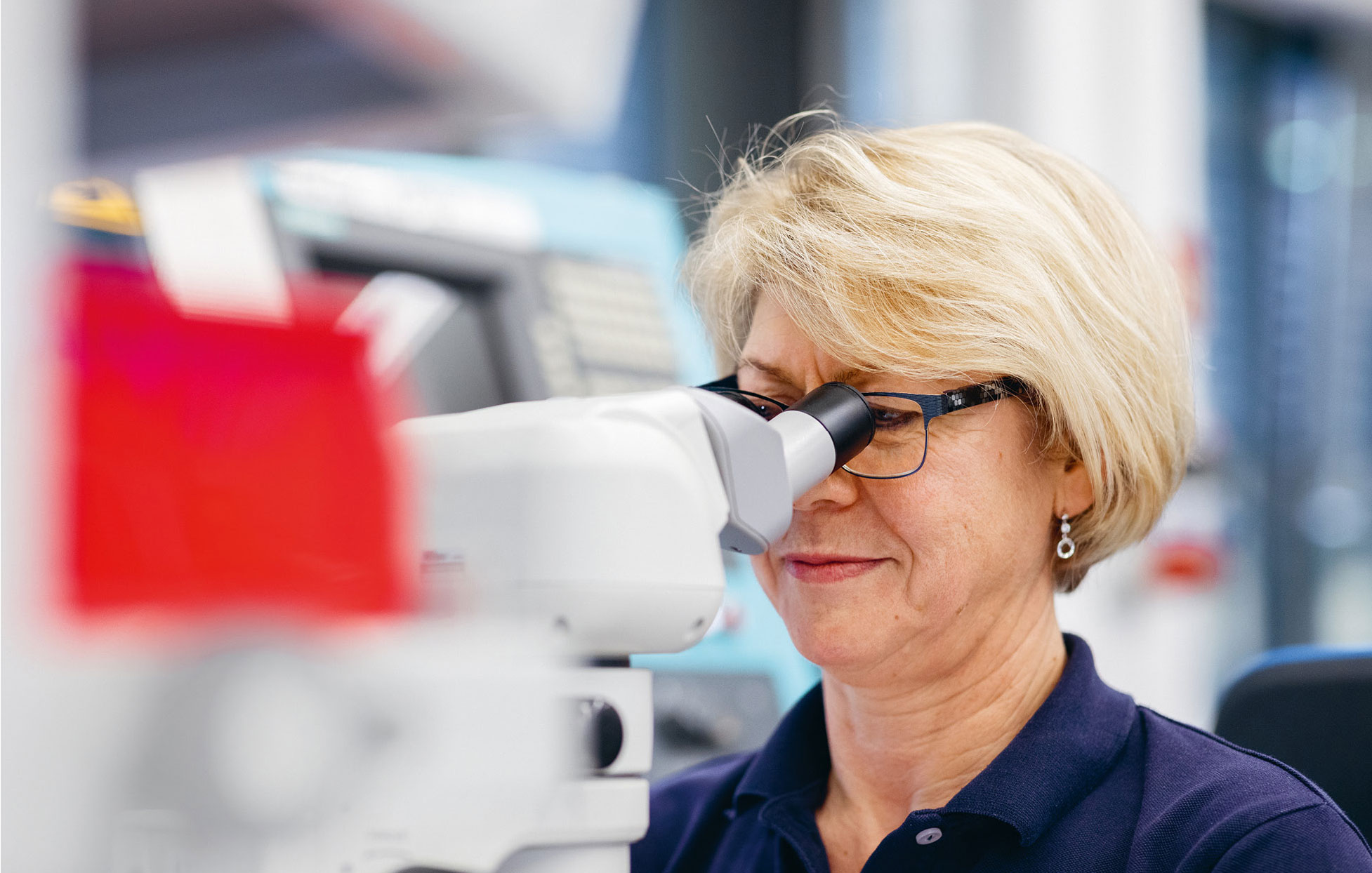 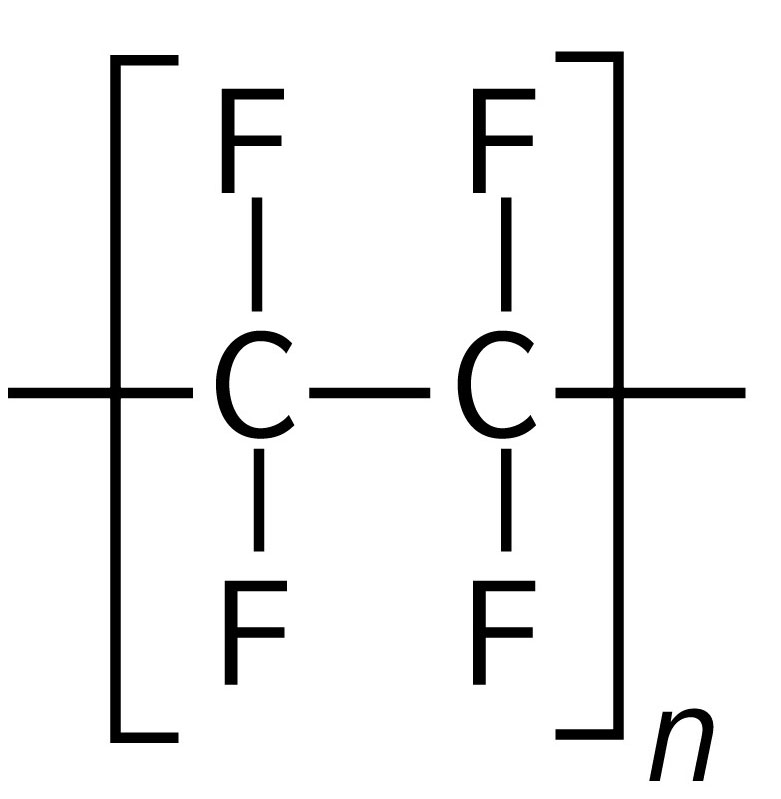 PTFE is an unbranched, linear, and partially crystalline polymer consisting of fluorine and carbon.

These characteristics make PTFE a logical choice for a wide range of application areas. ElringKlinger Kunststofftechnik GmbH was quick to recognize the value of this material and has since worked extensively on this and other high-performance fluoropolymer-based plastics. As a result, the subsidiary of the ElringKlinger Group, based in Bietigheim-­Bissingen, now offers a broad range of products that extends far beyond the standard solutions offered by the plastics industry. Multi-lumen tubing, rotary shaft seals, memory cuffs, multi-tube heat exchangers, bellows, glide elements, or components for high-frequency antennas are just a few examples of its product portfolio – and development efforts are ongoing.

The automotive industry accounts for almost half of the annual revenues of ElringKlinger Kunststoff­technik totaling around 120 million euros. The subsidiary makes almost a third of its annual revenues from mechanical engineering and around 10 % from trade. But medical technology, which currently accounts for about 10 %, is also considered an important strategic growth field in the future, for two reasons. As a result of demographic change, the demand for medical products will continue to rise and PTFE products, with their special properties, meet the ever-growing demand for miniaturization – a megatrend in medical technology. 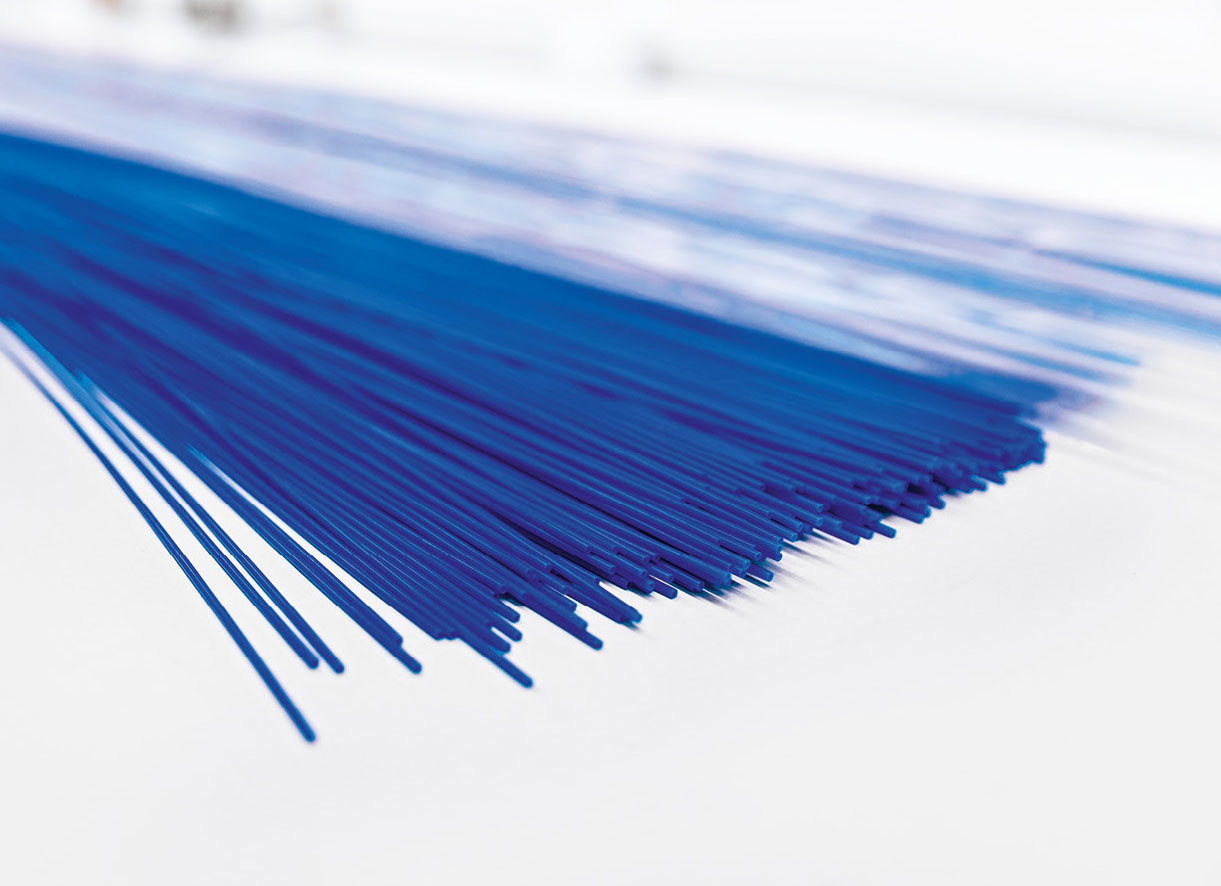 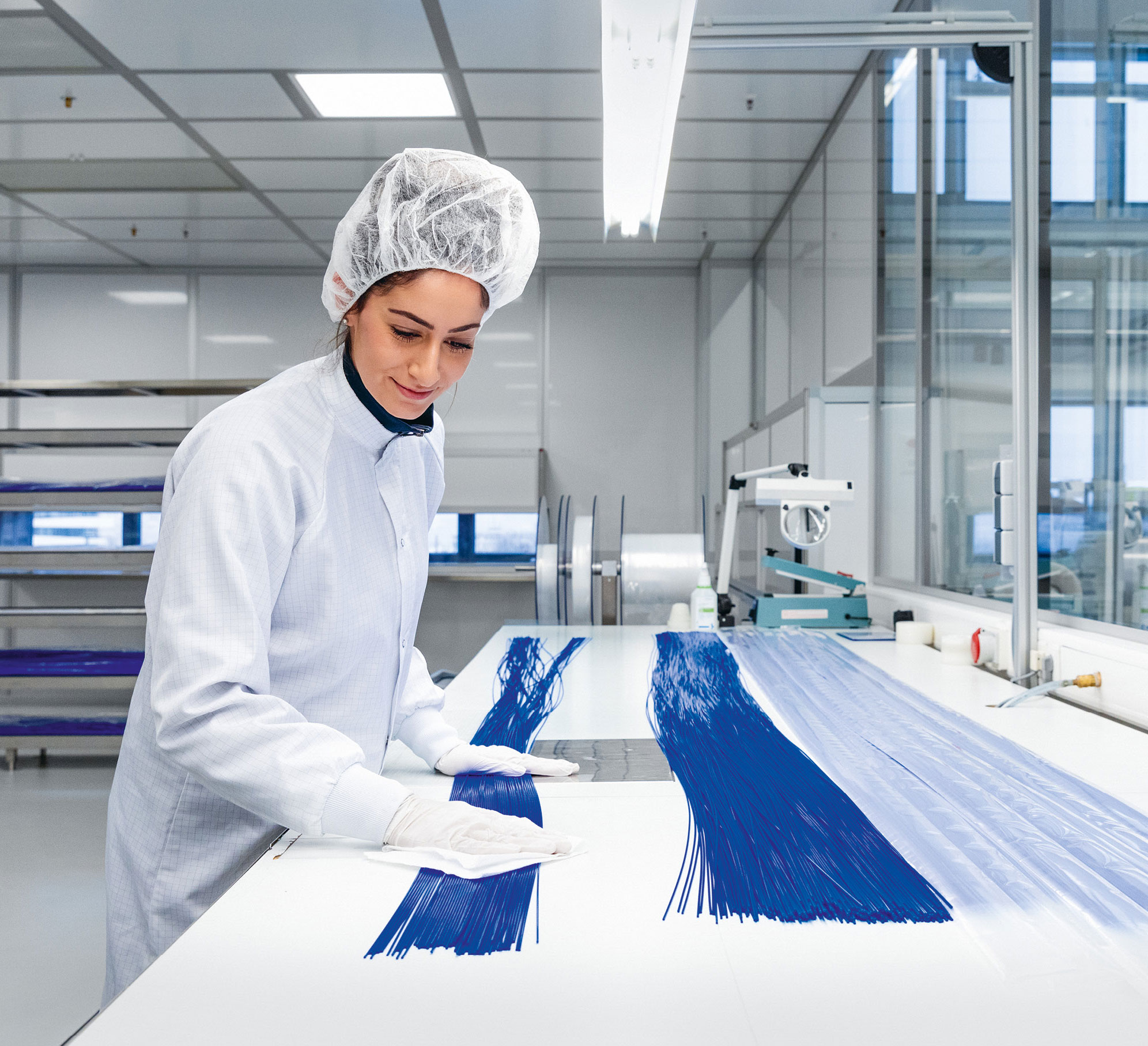 The company recently laid the foundation for future growth: “The expansion of our production space to include a clean room, construction of the extruder tower, and ISO 13485 certification are the three tickets that have opened the door for us to achieve further growth in the medical technology market,” says Raik Lüder, one of the company’s two General Managers. In the medium term, the aim is to double the company’s revenue from this sector.

The new building opened in 2017 certainly offers the means for such growth. It provides 8,000 m2 more space, plus a 33m-high five-floor extruder tower enabling vertical production of longer tubes and, last but not least, the unique feature of an ISO 8-compliant clean room. “This means we will have the ability to meet the high expectations of our customers well into the future,” adds Lüder. The company has invested a total of 30 million euros in Bietigheim-Bissingen, thereby affirming its com­mitment to the location.

Vertical production within the extruder tower enables longer tubes to be manufactured than via the horizontal production process.

» The ISO 8-compliant clean room, the extruder tower, and ISO 13485 certification are the three tickets that opened the door for us to achieve further growth in the me­dical technology market. «
Raik Lüder, Co-General Manager of ElringKlinger Kunststofftechnik GmbH

Clinics and medical practices are already very familiar with the products of the plastics engineering subsidiary, such as the kind of ear ventilation tubes applied in ENT medicine or special plastic tubes used for diagnosis and therapy in the fields of endoscopy and minimally invasive surgery. Specialists such as gastroenterologists, proctologists, and gynecologists appreciate the precision steering and antiadhesive properties. There is a growing demand for these special tubes in particular, due to the technological advances being made in this area. The subsidiary currently produces about 1,000 km of endoscopy tubes a year, and the trend is rising.

“This all stems from the material that allows us to offer customized, innovative solutions. PTFE has excellent material properties and can be manufactured with high, micrometer-range precision,” says Stefan Schmid. Together with Lüder, he heads this subsidiary as its General Manager. The company has a proven track record spanning more than 50 years. In 1996, the company was incorporated within the ElringKlinger Group. In subsequent years, the product portfolio was consistently expanded and the number of targeted sectors progressively extended. These days, ElringKlinger Kunststofftechnik produces 7,000 different products for 4,000 customers worldwide. 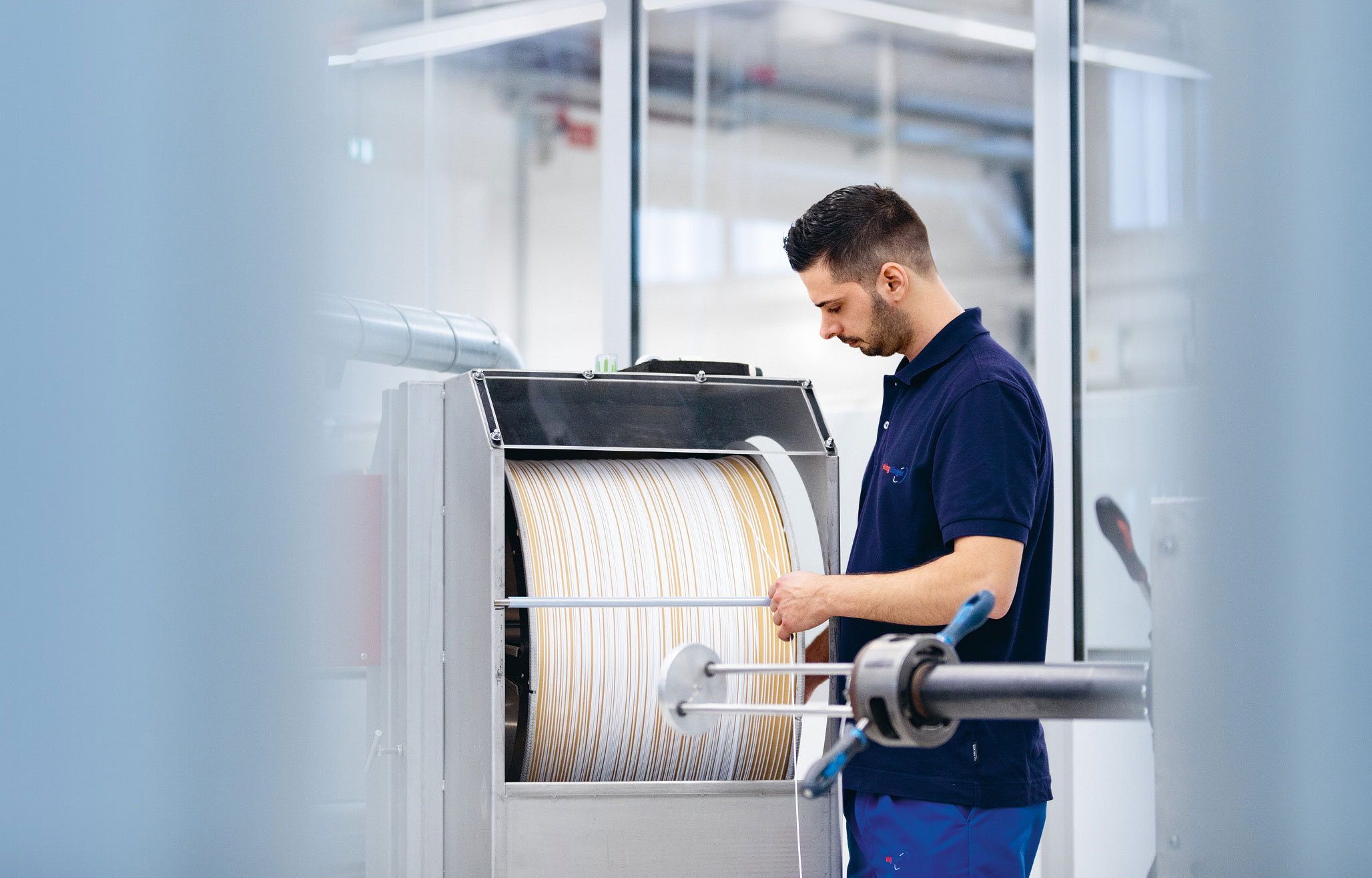 The company has also expanded internationally. Since 2012, there has been a production and distribution site in Buford, USA. Before that, in the year 2008, a bold move into China was made and, ever since that time, the company has been successfully developing its business in Asia. “By establishing a site in Qingdao, we created a strategic base for us to tap into the Chinese market,” adds Schmid. “And we will be extending it even further in the years ahead.” Only recently, the company opened a new state-of-the- art production facility. Besides the NAFTA region, China is the main focus of activities, without of course neglecting the core market of Europe.

However, the expertise developed by ElringKlinger Kunststofftechnik is by no means limited to the manu­facturing process – it is also evident in its prowess when it comes to materials science. The addition of organic and inorganic fillers allows the properties of the end product to be fine-tuned in a targeted manner. For instance, material enriched with graphite and carbon fiber increases the abrasion resistance, while fiberglass reduces the creep tendency of the base material and bismuth carbonate makes tubes used in medical applications visible on the X-ray screen. Precision coloring is also possible. This aspect, which may seem comparatively trivial, can have enormous benefits. The colored markings of certain tubes allow the attending physician to control their precise position during medical interventions.

» PTFE has excellent material properties and can be manufactured with high, micrometer-­range precision.«

But PTFE not only meets the precision requirements of medical technology. It also satisfies the demands of other sectors like the chemical and processing industry. Besides high precision, rust protection is an important factor in this field. Cladding with PTFE laminates, foils, or textile layers helps absorb the impact of an aggressive chemical plant environment, which significantly increases the service life of the production plant and substantially reduces the resultant lifecycle costs. The same applies to power plants where corrosion-resistant HetragonTM honeycomb elements made out of PTFE are used as heat transfer elements or support plates for packings. Thanks to the multiple flow channels ar­ranged parallel with one another to act as a sedimentation surface, these honeycombs can also be used for water purification purposes. 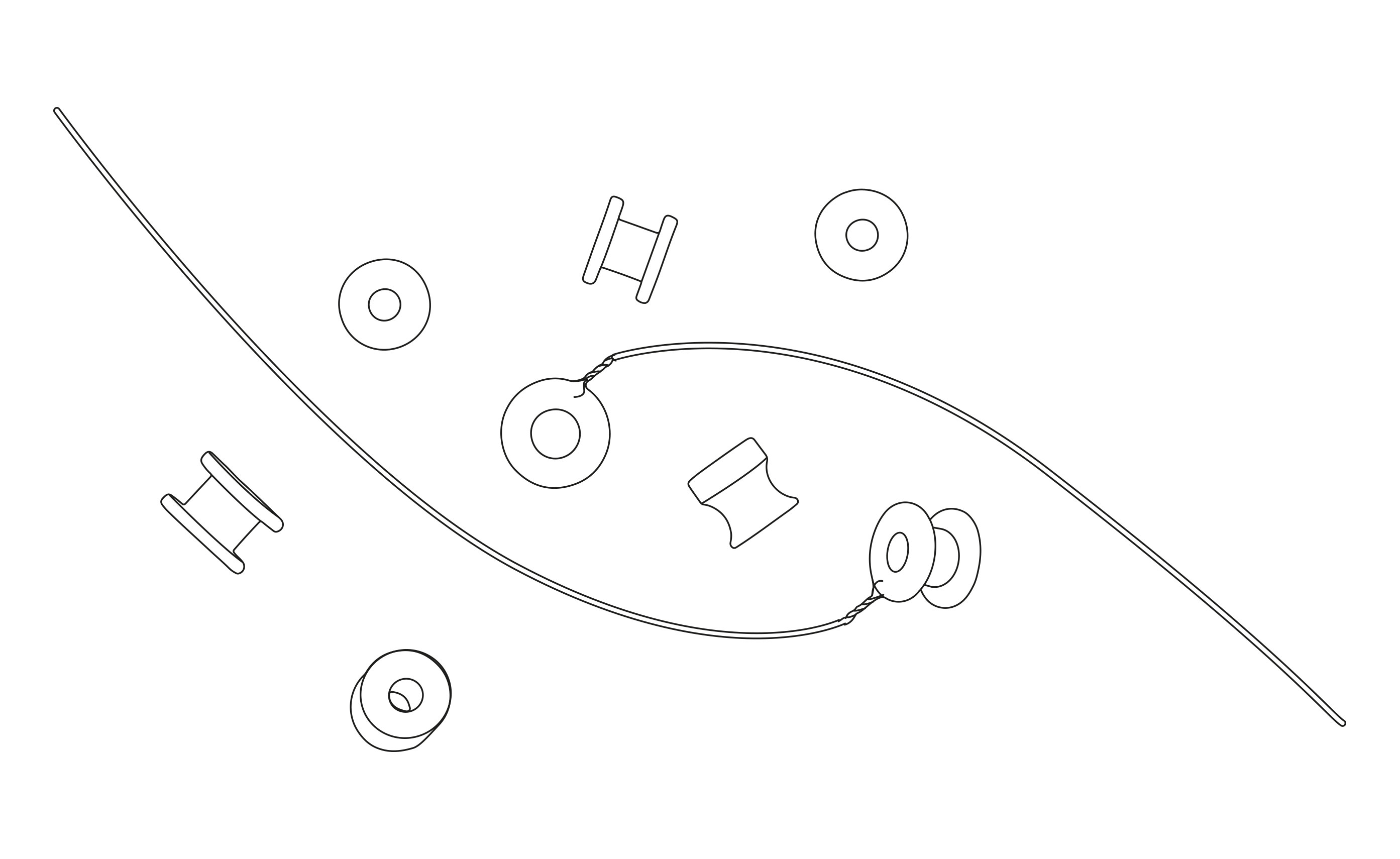 Implants for ENT medicine such as ear ventilation tubes require the highest possible standards of materials and precise execution. PTFE guarantees both.

Extremely high demands on the compatibility of material used in production plants also apply to the foodstuff industry. Many materials soon reach their limitations in this field, but PTFE really plays to its strengths here. For one thing, it ensures the relia­bility and functionality of tubes and seals while the plant is operating and, for another, it can withstand the high temperatures of the associated cleaning processes, while maintaining the required chemical inertness. ElringKlinger Kunststofftechnik also offers process reliability for food industry customers, thanks to the appropriate GMP certification.


employees work at 7 locations worldwide for the Engineered Plastics segment.

The same principles that apply to medical technology, plant construction, or the foodstuffs industry also have valuable benefits in other sectors. For instance, PTFE is eminently well suited for tubes used in varnishing machines, for insulation in electrical engineering settings, or for large-scale seals used in oil and gas production – in other words, a broad spectrum of applications and sectors for which ElringKlinger Kunststofftechnik is able to offer the right solutions. And there you have it: PTFE is not only useful as a convenient coating material for frying pans in domestic kitchens. It is an extremely versatile, high-performance plastic with excellent properties.